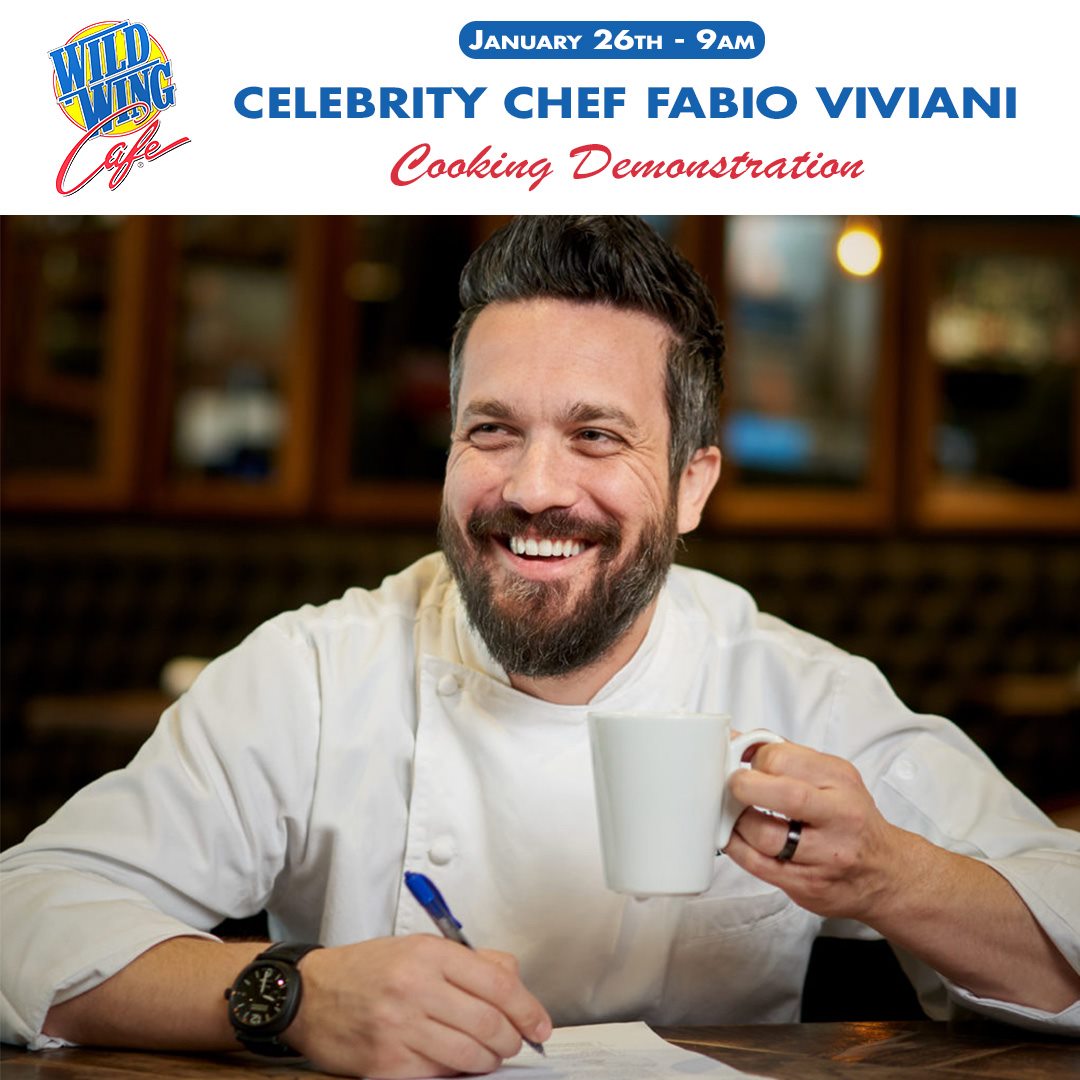 Celebrity Chef Fabio Viviani will be leading a cooking demonstration at Wild Wing Cafe in Barrington, NJ on Sunday, January 26th starting at 9AM.

He was a fan favorite on season 5 of the culinary competition show Top Chef on Bravo. Since then, he’s opened numerous restaurants around the world, started his own wine collection, has a line of cookware, among other business accomplishments. He also has his own YouTube cooking show called Fabio’s Kitchen.

It’s free to get in but there will be a breakfast buffet with a mimosa bar for $10. Reservations for Fabio’s special appearance and live cooking demonstration can only be made by calling the restaurant at 856-617-0663.

Almost 75% of the seats have been accounted for… so if you want to go, act now!